Root Canal Therapy for Lehigh Valley and Beyond 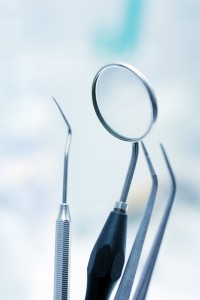 Are you experiencing pain or sensitivity in one of your teeth because of decay, damage, or an injury? A root canal from Dr. S. John Salivonchik’s dental office could bring relief. Root canal therapy is designed to treat infection and the symptoms associated with it by removing the pulp at the center of a tooth, replacing it with a safe substance, and covering the tooth with a protective crown.

But despite the changes made to your tooth during a root canal procedure, you don’t have to worry about changes in functionality. In fact, root canals are intended to preserve functionality by saving the root underneath your tooth.

Your tooth roots serve an important purpose—one you may not have ever thought about. Besides anchoring your tooth to your jaw, roots also spur bone growth, keeping the jaw fresh and strong throughout your life. When you lose a root, the jaw underneath can weaken. Over time, nearby teeth may shift out of place or be lost entirely. A root canal gets rid of your painful symptoms and prevents these kinds of changes from happening.

Do you have a tooth that’s sensitive to hot or cold foods? Is there a pimple-like sore on your gum tissue? Are you experiencing swelling, pain when you chew, or other uncomfortable symptoms? These are all signs that you might need a root canal. Call Dr. Salivonchik’s office today to schedule a consultation.

We serve patients from Lehigh Valley, Whitehall, Allentown, Bethlehem, Easton, The Poconos, and beyond.

Comments Off on Root Canal Therapy for Lehigh Valley and Beyond

I just read an article by Sheryl Nance-Nash. She states “77% of those with dental coverage delay treatment because of cost. That is not a big surprise in this economy. What concerns me is that one of the other, major reasons she claims is “transparency of costs and difficulty finding a good dentist.” These concerns, although understandable, seem somewhat easy to solve. It is obvious that not all dentists are equal, but it should not be that hard to find a good dentist. Look for membership in groups like the A.D.A, The Academy of General Dentistry, The American Academy of Cosmetic Dentistry or other organizations. Look at websites for honest and credible information (not “over the top marketing”). Also, look for reviews such as on google or yahoo and talk to friends.

More concerning is the issue of “transparency of cost” because that suggests a lack of trust. It is true that dentists don’t offer a menu of services and prices when you enter the door; however, once the desires and necessary treatment is determined, likely fees should be understood as much as possible. This blog is not intended to defend all dentists, but I do believe most dentists are honest and intend to be clear about their fees.

Unfortunately, some well meaning dentists drop the ball in explaining fees because they find it very uncomfortable. It is not easy giving people bad news such as unanticipated dental work, not to mention additional expense, but people need to understand the cost. Also, it is best that they understand the fees in the beginning of treatment rather than be surprised at the end. In my office we give written financial plans automatically for any work over 500 dollars, and if patients would like a written financial plan for work under 500 dollars we will do that too.

There are two scenarios where I could understand confusion about cost. The first would be unexpected work that arises mid treatment. For example, this can occur when teeth unexpectedly require root canals during or after dental work. When that happens it raises the total cost of the planned treatment somewhat significantly. Unfortunately, this is something we just often can not know ahead of time. The other scenario relates to dental insurance plans. Sometimes a patient is expecting a certain dental benefit and the reimbursement is less than expected. This can occur because of deductibles, maximums and allowances. In that case the patient’s out of pocket expense is greater, although the cost has stayed the same. My suggestion is usually to base financial expectations on the overall cost and view whatever insurance contributes as a bonus. This is especially true on large cases because dental reimbursement is so limited these days. Finally, if there is such a concern discuss it with the office staff or the dentist. It is always possible an error was made. Most important, I would want you to feel as though you had a good experience and was treated fairly.